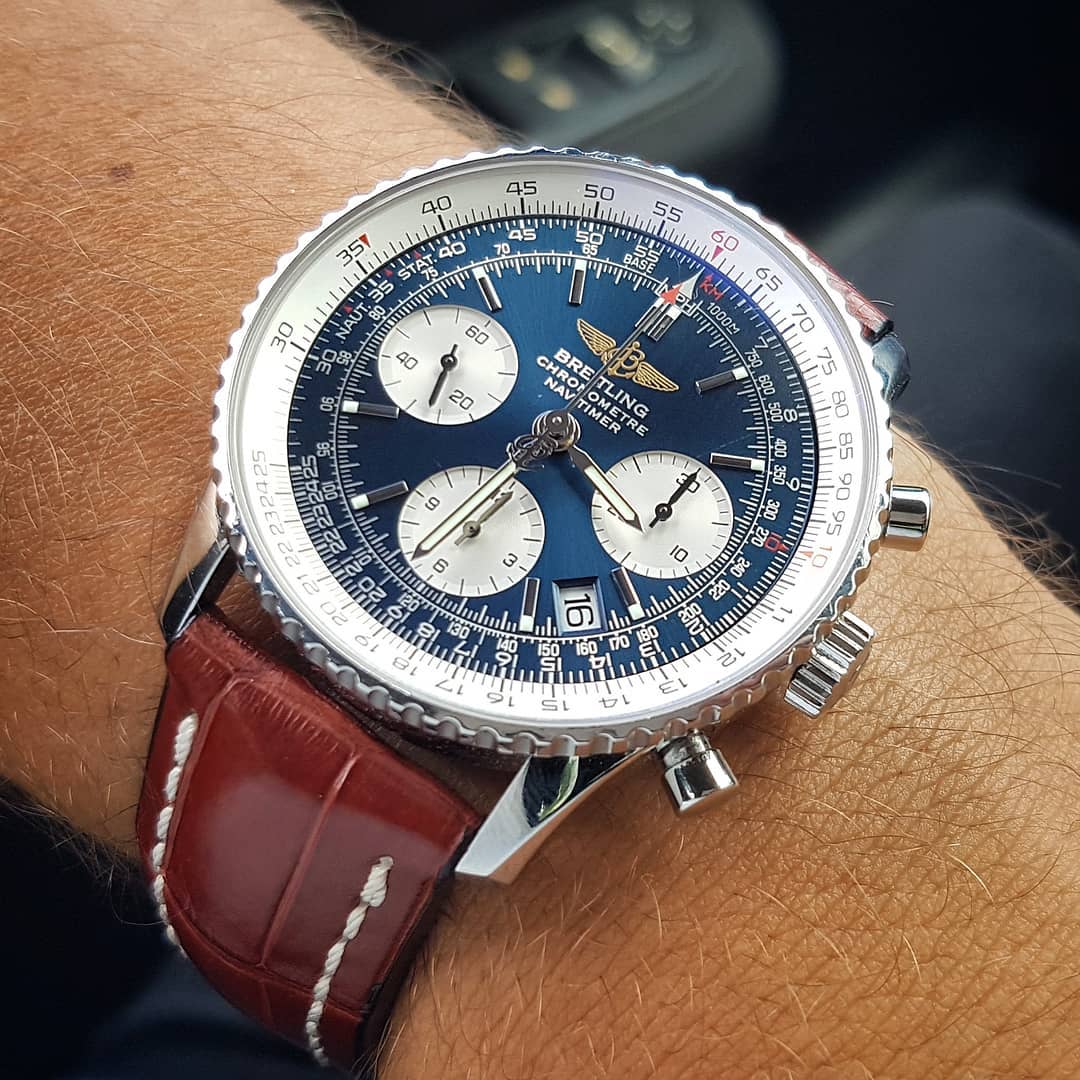 Breitling is one of the most popular Swiss watch brands commonly found where luxury watches are sold. They are marketed at air and space professionals such as pilots and astronauts, although their lines extend to divers and outdoors/field-type watches as well. Many of Breitling’s models come from timeless designs in the last few decades, and have earned their place as some of the busiest dials in the industry. The following are the most underrated Breitling watches on the market for 2020:

One of the best implementers of the ana-digi (analog-digital) hybrid style, the Breitling Aerospace is an impressive tool watch for the professional pilot. As a COSC-certified chronometer, this quartz-powered movement emerged as a variant on the popular Navitimer. Today, this ana-digi appearance can be found ubiquitously in G-Shocks, Casios, and even the Seiko Arnie (SNJ025). The Aerospace was updated for the modern era in 2013, and is currently branded as Breitling Aerospace Evo.

Like many of Breitling’s offerings, the Transocean has a long history and many versions and generations. It has gone through so many changes in appearance and there are so many current varieties, that it may be hard to agree upon which watch justifies the moniker. There is a chronograph version and an analog version.

The main element that both models have in common is their resemblance to the Hamilton Jazzmaster and Hamilton Intra-Matic, both of which are priced at a tenth of these Breitlings. Indeed, the designs were no doubt copied, yet the aesthetic has reached its limit.

The popularity of the AB015212 / BA99 black chronograph is no doubt due to its similarity in appearance to the Omega Speedmaster, with a touch of dressiness to it. At this stage, Breitling is very uncharacteristic of itself, sporting readable dials instead of cluttered ones. While refreshing, it’s hard to choose the Transocean over the Speedmaster for the same price.

The name Transocean inspires vivid imagery, and has also been attributed to a Seiko dive watch near the top of their Prospex range – the SBDC047. Nonetheless, the name is applicable both to that which transverses through the ocean and over it without submerging.

A long time ago Breitling declared a vendetta on readable, uncluttered dials; today, the Super Avenger II takes over the legacy of revenge with a chronograph design that remains true to the company’s vision. Borrowing aesthetic brutalist design cues from the Audemars Piguet Royal Oak and G-Shock, the best thing about the Super Avenger is how it is immediately recognizable as a Breitling, and will not be mistaken for anything else.

This automatic chronograph is COSC certified, and displays it proudly on the dial. It’s worth mentioning that this watch is gigantic at 48mm, but the bracelet is actually pretty nice. The main variants are the bar indices or numeric indices. This just goes to show that an ETA Valjoux 7750 can never have enough armor. I challenge Breitling to surpass 50mm for their Super Avenger III.

Finally – a Breitling that doesn’t break the bank at under $2000. When Breitling made the Skyracer, they simply decided to take the classic inter-galactic alien war-style watch and brought it down to earth. Not too much, since its still in the sky and still unmistakably a Breitling, but now it has more familiar earthly designs that very well conform to our expectations of Euclidian geometry and human warfare.

All told, it has an uncanny resemblance to the Marathon line of field and dive watches, and the PVD case with black rubber strap has a hint of Special Operations to it. Also, this strap has a ruler on it in case you need to measure the diameter of the watch when someone tells you that it’s huge: but it’s only 45mm! A baby Breitling.

The best part about this watch is that it used to be 50mm, but for some reason Breitling decided to update it to 45mm. Many a 8-inch and 9-inch-wristed man has been crying out to end this injustice, but the Breitling Avenger Hurricane will not be negotiated with. Many enthusiasts further decry that it is made of plastic, but this has a nice upside of being unrecyclable. Trust me, its worth the decreased weight; if it were titanium, we’d be looking at many more thousands of dollars for the privilege.

The Breitling Colt is one of the most loved watches of the brand, sporting a hybrid aesthetic of a Hamilton Khaki, Rolex Datejust, and three spare bezels. However, its genius cousin Chronograph has been spliced with a Daytona for extra points. It’s still a COSC chronometer, and boasts a 200m water resistance.

Always outshining itself, the Cockpit B50 is named after the infamous WWII-era Boeing B-50 Superfortress Bomber. However, the design of this Breitling is barely distinguishable from the Emergency or the Aerospace. Regardless, if you would rather have a compass for a bezel instead of a timer, you’ve found the watch for you. Also comes in blue and titanium.

What comes to mind when you cross Breitling, dive watch, and 42mm? A Paradox.

Once only relegated to the loftiest of skies, Breitling descends 1500m below the sea in a retro-styled watch. Yes, Breitling has certainly associated the “small” size of 42mm with a bygone era, and this is reflected in their Blancpain Fifty-Fathom – esque Superocean 42.

Before you ask, yes – it is indeed one of the worst-turning bezels in the industry, if the Superocean Heritage was any measure. This watch comes in a variety of colors (mostly black) and has large legible hands. The alternate version looks like a racing watch, which is always handy if driving along the coast – anything might happen.

“It’s never too late to improve or advance, and we shall never rest on our laurels.” – Breitling, probably, when they released the GMT version of their most iconic tool watch. In a sea of unreadability and slide-rule bonanzas, what’s an extra GMT hand or two? It’s difficult enough to pull off a chronograph GMT without sacrificing aesthetic, but Breitling has managed to go above and beyond and give you motion sickness without even moving. Just look at that informative dial, and be amazed!