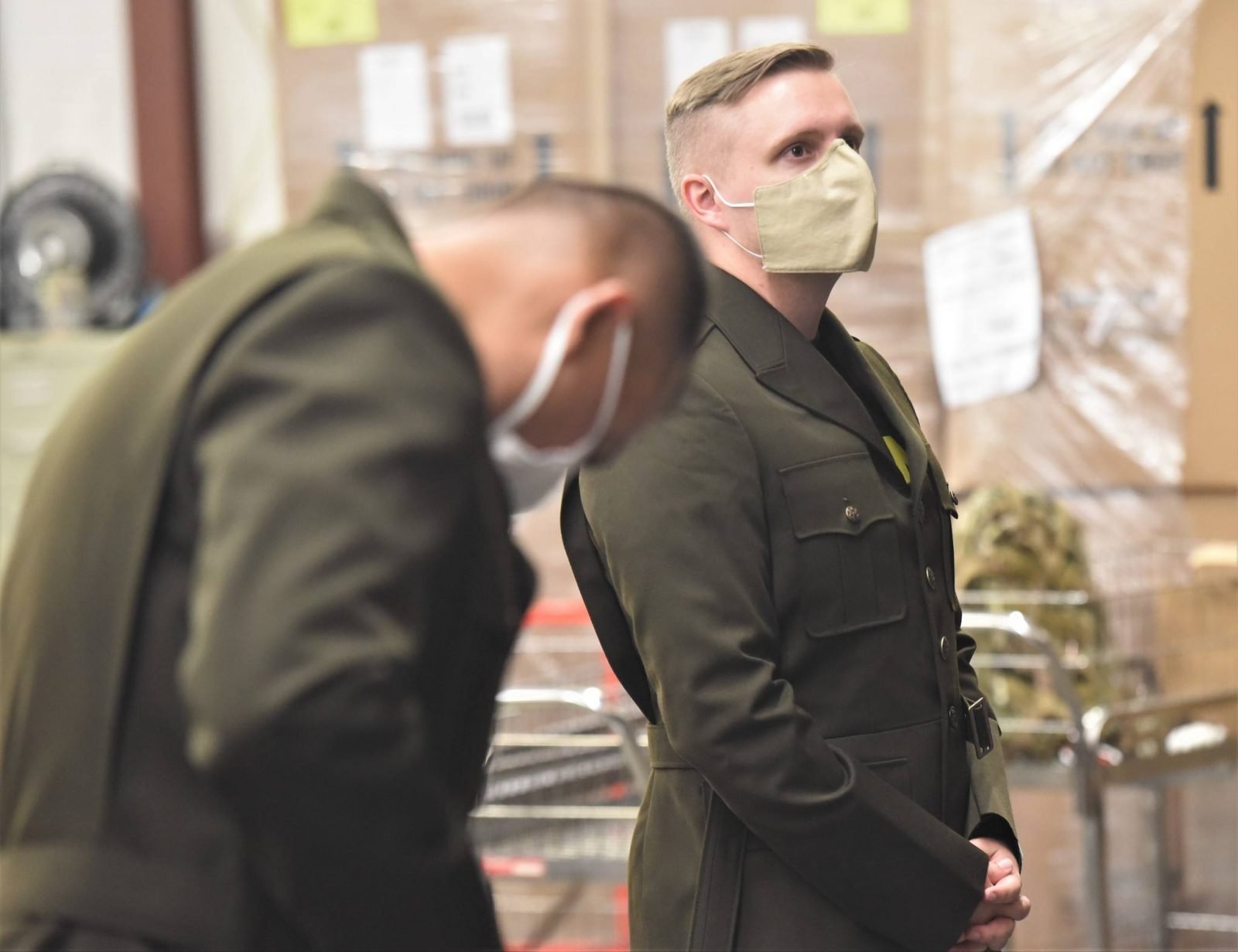 If you’re in the US Army, you’re probably always testing which rules are hard and fast, and which ones are flexible. One day you may decide that nobody told you that you can’t wear a fake gold Rolex. Luckily for us, the first and final word on the wear and appearance of army uniforms and insignia can be found in AR 670-1.

Quick View:
Wristwatches are authorized for wear, both in uniform and in civvies while on duty, as long as they are conservative.
You can also wear an activity tracker, a bracelet, and two rings with that watch.

Chapter 3 governs Appearance and Grooming Policies, and section 4 governs the wear of Jewelry. According to the Army, a watch is a piece of jewelry. Because the jewelry you wear in uniform sends a signal to other units and civilians about your unit and their professional standards, this is one of the six sections that are explicitly noted as extra-important, with the following threat notice:

Note. This paragraph is punitive with regard to Soldiers. Violation by Soldiers may result in adverse administrative action and/or charges under the provisions of the UCMJ.

So let’s take a look at what is and is not allowed.

Contents hide
1 Army Regulation on Watches
2 The Army Reg on Watches in Detail
3 What does “Conservative Wristwatch” Even Mean?
4 Wearing a watch with ACUs vs ASUs vs Civvies
5 So what are the Best Army Regulation-Friendly Watches to Pick From?

Soldiers may wear a wristwatch, a wrist religious or identification bracelet, and a total of two rings (a wedding set is considered one ring) with Army uniforms, unless prohibited by the commander for safety or health reasons. Soldiers may also wear one activity tracker, pedometer, or heart rate monitor. Any jewelry or monitors Soldiers wear while in uniform or civilian clothes on duty must be conservative. Bracelets are limited to medical alert bracelets, missing in action, prisoner of war, killed in action (black or silver color only), and religious bracelets similar in size and appearance to identification bracelets. Soldiers are authorized to wear only one item on each wrist while in uniform or in civilian clothes on duty. In addition to the one item (watch or identification bracelet) authorized to be worn on each wrist, Soldiers may wear an activity tracker, pedometer, or heart rate monitor.

While the army reg is fairly clear, let’s clear up any confusion.

The Army Reg on Watches in Detail

What does “Conservative Wristwatch” Even Mean?

You’ve heard it a million times: the military is conservative. This is true for both appearance and behavior. Generally speaking, a liberal attitude will always get trumped by a conservative complaint of a higher rank (while the reverse is not true).

If you want a long and successful military career, being ostentatious and extravagant will not get your as far as experience and nepotism.

Here’s what the regulations have to say about conservative appearance:

A vital ingredient of the Army’s strength and military effectiveness is the pride and self-discipline that American Soldiers bring to their Service through a conservative military image. It is the responsibility of commanders to ensure that military personnel under their command present a neat and soldierly appearance. Therefore, in the absence of specific procedures or guidelines, commanders must determine a Soldier’s compliance with standards in this regulation.

There you have it. If you can’t use your own judgement on what is “low profile” or a “conservative image,” a commander is responsible for policing your look. And if you hide that gold bling during inspection, but wear it when the General is randomly visiting, you make your commander look and feel bad.

Interestingly, the Army is more concerned with a conservative image than actual conservatism. That’s because appearances matter – from justifying (or questioning) DOD funding to identifying friendlies by their crisp wedge formation – appearances matter.

However, if we think about this a little deeper, we will realize that “conservative” has different meanings depending on the uniform. For example, a huge G-Shock Mudmaster might look perfect in ACUs, but terribly out of place with ASUs.

Generally (for men), avoid wearing watches that are either too large (larger than 50mm) or too small (smaller than 33mm). Either one will scream “liberal” and attract unwanted attention by the 1SG. There are exceptions to this rule, but these are some parameters to stay on the safe side.

There is no explicit mention of which colors are allowed or disallowed. However, based on the “conservative” stipulation, we can distill some guidelines. Look – you can either follow explicit rules like in a prison, or let yourself be guided by proven and useful heuristics (rules of thumb).

The heuristic here is: if it attracts attention: bad. If it blends in: good.

When translated into explicit rules, we should differentiate between stainless steel and plastic watches.

Plastic watches are generally one solid color on the dial and the watch case (exterior). Sometimes the case will be a dark color (like black) with a colored dial (like red). Depending on the combination and how far it can be seen from a distance, it may or may not be reg.

The thing about stainless steel watches is that they reflect a lot of light. Also, they generally come on stainless steel bracelets which gives it more of a “jewelry” look than a tactical G-Shock.

However, the military has a long tradition of specialized stainless steel watches (Rolex, Seiko, etc.) before the advent of the modern digital watch, so most commanders should give it a pass. There’s always the guy that wants to wear his grandapa’s WWII watch during his service to carry on the family/military legacy, so good luck banning that.

Nevertheless, here are some guidelines on color:

Wearing a watch with ACUs vs ASUs vs Civvies

So you’ve got your watch. It’s probably a bulky digital G-Shock, since you can use that both for PT and in the field. But the milball is coming up, and you want to look sharp and squared away in your Army greens. Do you wear the G-Shock?

The point here is that while a G-Shock is conservative with ACUs, it’s both ostentatious and in bad taste with ASUs. The conservative option would be a stainless steel watch (or possibly a non-blinged gold one). It can be on a metal bracelet or a leather strap. A NATO strap is not a conservative look for a watch with dress blues.

Civvies are the middle ground between ACU watches and ASU watches. Remember that you still have to be in reg if wearing civilian clothes on duty. You can wear any watch from the other two uniforms on any strap combo. If you’ve made it far enough to be in civvies on duty, you probably don’t need me to tell you what is Kosher or Haram.

So what are the Best Army Regulation-Friendly Watches to Pick From?

Generally, you’re safe with most G-Shocks, Casio watches, and Timex watches. But these are not your only choices! Just like in the civilian world, a watch is one of the few (functional) pieces of jewelry a man can wear to express his individuality.

While you’re shoehorned in thought and appearance by the Army to be a unit-serving conformist, your wristwatch may be the one thing that differentiates you as an individual and a human being. So you’re allowed to wear something a little different than everyone else, and I would take advantage of that.

Nevertheless, there are certainly some options that are better than others. Some generic articles would have you believe that just because a watch brand names their watch something like “Tactical One,” it’s suitable for a solider. I won’t do that, I’ll just tell you the best options for duty without bowing to their marketing or hype. But I do need a separate article to lay these out, so stay tuned for that one!