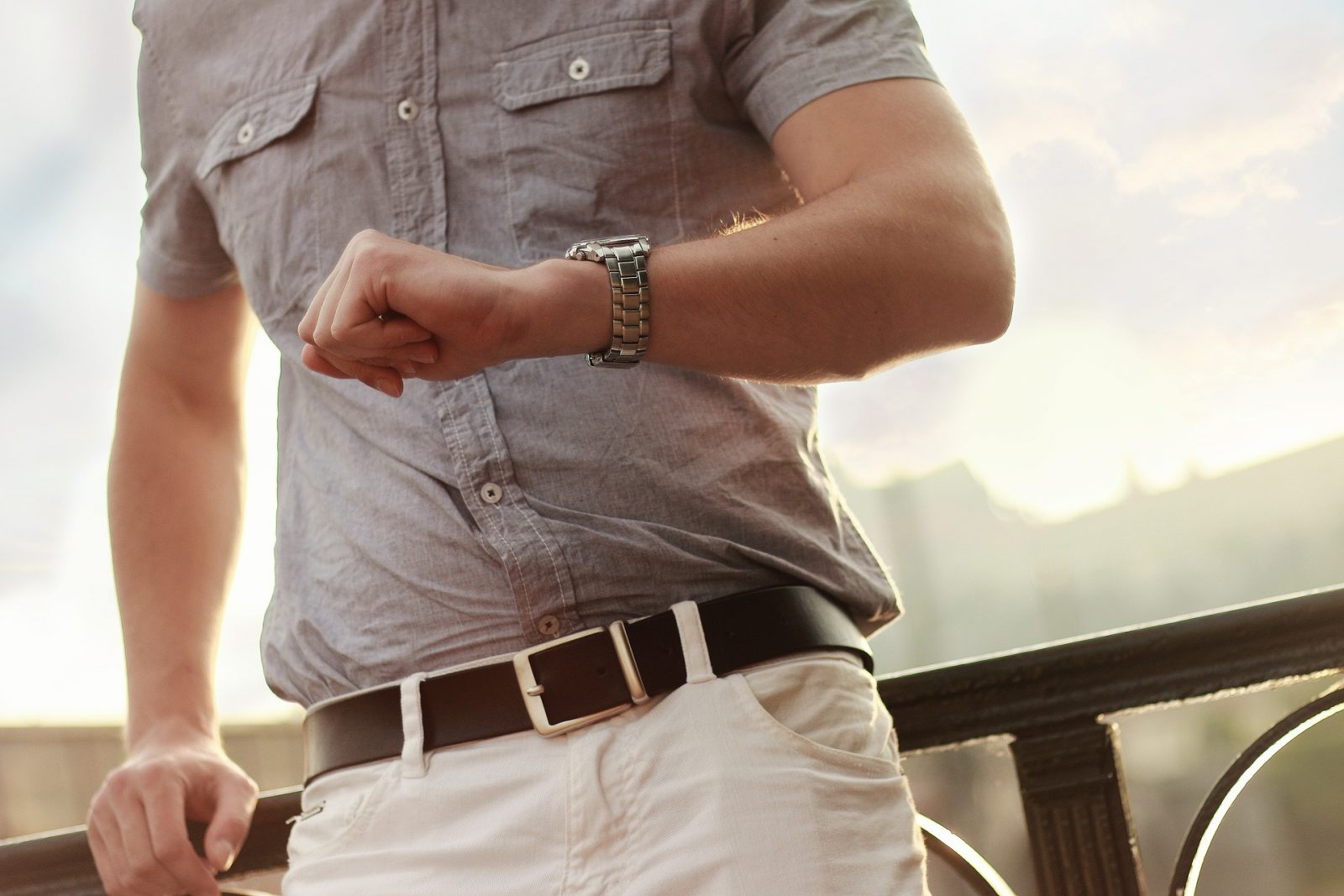 Most people should wear their watch on their left arm.

The general rule is to wear your watch on your non-dominant hand. This is true for both men and women, righties and lefties.

The traditional explanation for why you wear your watch on your right wrist is so that you don’t get the watch banged up when you’re doing most of your “action” tasks. If you’re reaching down into the dryer to empty it, or even waving “hello,” you’re probably using your right hand. If you have a watch on that wrist, the probability that it’ll get knocked into something, scratched, and scuffed goes up.

Why do some people wear their watch on their right wrist?

Let’s take a quick look at these factors that sum up the article:

Traditionally, you wear your watch on your non-dominant hand

The key word is “traditionally.” Do you care about some ambiguous “tradition?” I’ve explained to you the origins of the tradition, so it’s up to you whether or not you find it satisfactory enough to adopt. Personally, it’s good enough for me, because it does protect my watch.

However, many traditions have been proven to be wrong with time, or to be “transient traditions,” such as feudalism, human sacrifices, and subsistence agriculture. According to Heidegger, as humans we naturally find ourselves in a state of thrownness into history, where we are conditioned to accept our thrown state as the proper framework to view reality; however, if we were thrown a hundred years forward or back, these “truths” of ours will instead look like some of those “transient traditions.”

This leads us to our second point:

Traditions may be arbitrary, and there is no “One Right Answer”

A lot of people look to sources like the Bible or news headlines as the authority on what to believe and how to think. Fundamentally, there is nothing wrong with that. However, upon reading, you have to make the choice – do I bow to this authority, or do I consider them a “vocal opinionated” source?

Tradition has a lot of benefits, including alleviating the need to scrutinize one’s every decision. The answer in this article, “wear your watch on your non-dominant side” is similar: it’s a good answer for what you should do. There’s really no further reason to consider the topic ever again, it is settled.

However, tradition can be rejected or changed because it doesn’t factor in modernity. These aforementioned traditions stem from the 1900s, when wristwatches first started being worn. One hundred years later, we operate in a totally new environment of smartwatches, smart-cars, and the age of the internet. Maybe it’s more convenient to read your text messages on your right wrist than your left?

This brings us to our next point:

Let’s go back to basics: if you’re interacting with the watch (setting the time, rotating the crown, operating the chronograph, turning the bezel, etc.), you’re going to want to operate it with your dominant hand. Because of this, it’s going to be on your non-dominant hand.

This captures 99% of watch cases, but leaves room for exceptions. If it’s more convenient to operate the watch on your dominant hand with your non-dominant hand for some reason including the function of your outfit – cufflinks, scuba gear, etc.), you can make a rational exception to the rule.

Wear your watch on whichever side is most comfortable

Some watches are heavy, and I start to feel it after a full day of wear. Partly from fidgeting, partly for relief, I’l sometimes put it on my other wrist for a while. I like how it looks slightly different from the new viewing angle, too. I’ll usually put it back on the regular wrist within an hour.

So you can switch wrists if you’re bored or just want the sense of comfort relief in the moment.

It makes no difference whether your are a man or woman, male or female. Do whatever you want, whenever you want. Follow the advice in this article, or ignore it.

Generally women are more susceptible to adopting tradition instead of questioning it and rebelling than men. As such, the “non-dominant hand” explanation may be more compelling to women, but it’s of the same origin and source.

I’m curious about your thoughts on this tidbit of culture and tradition, especially given the relatively young history of wearing a watch on the wrist. If you have any insights, I would love to read your comments.

1 thought on “Which wrist do I wear my Watch on?”